Toward Inclusive Excellence welcomes Jennifer Vinopal to our community of contributors. She conducted our first “Diversity Dialogue” – a guided conversation with higher education leaders on a key DEIA topic.

We will not diversify librarianship until we make it more inclusive, until the profession reckons with its racism, and until more white people turn their attention from diversity initiatives to achieving racial equity and social justice. Developing a race equity organization requires concerted, long-term work from the grassroots through to high level leadership.

This work is not easy, nor is the path clear-cut.

Recent studies demonstrate the low morale of library employees from minoritized racial and ethnic groups due to the lack of inclusion in the library profession (paywalled), the macro and microaggressions they experience, and the overwhelming pressure to perform under constructs of whiteness in order to be successful.

I recently interviewed four white titular academic library leaders who are committed to anti-racism in their work to understand why they, as white people, do antiracism work, how it informs their leadership practice, and what sustains them. I also highlight some findings from my ongoing research project dedicated to understanding what motivates white people, in particular white titular leaders, to undertake racial justice work and what sustains them in this endeavor. My goal is to develop methods to move more white leaders toward action and to support them in this work.

I want to thank my four interview subjects for sharing time and insight, as well as for reviewing a draft of this article:

I conducted one hour-long personal interview with each subject, using a general interview guide approach, and asked them five open-ended questions that allowed for free-flowing conversation about the topic.

The journey toward anti-racism

In addition to identifying various precursors in their upbringing, the subjects described key experiences in their adult lives that contributed to their rising awareness of race, racism, and their own whiteness. This awareness includes media coverage of police violence against Black people, seeing inequities in valued professional communities, and interpersonal experiences that revealed their own racial prejudices. They deepened their racial awareness through active self-education (reading, workshops, discussion groups) and seeking out both white and non-white people to have conversations about race. Through this personal work, they came to crucial realizations about racism, such as:

Some also talked about feeling ashamed of their past selves for their thoughts and behavior and for how long it took them to achieve racial awareness and pursue anti-racist action.

As their racial analysis progressed, they understood that:

Why do some people undertake anti-racist action and others do not?

Interviewees all described feeling what Mike R. Warren, in Fire in the Heart (2010), calls a “moral shock,” an outrage at injustice, and thus a compulsion to deploy their power and privilege toward equity and social justice. They were “baffled,” “bewildered,” and “outraged” that other white people are not doing this work. One leader described “an intensely and innate self-critical streak” as a motivating factor and asked, “How could I live with myself if I were dwelling in this America and not trying to make things different?” In his own research, Warren has found that moral shocks, while important, are not sufficient to move people to anti-racist action.

In addition to white apathy, an interviewee mentioned that some white people focus too much on their self-image and psychological safety and fixate on learning but never take action. Several of the leaders said that many white people choose performative action, like organizing workshops, reading groups, and reading lists, or making cosmetic changes to systems, which in and of themselves do not move the needle. One leader shared, “I think that’s mostly what white people want to do is give workshops.” Another leader suggested, “Maybe what you’re doing is just redefining the unjust system that exists and making everybody feel a little more inclusive and better about themselves, and so it’s charity versus mutual aid.” Yet, another leader lamented, “It’s like that meme: how can I convince you to care about other people? Like I can’t.” Underscoring again the need for action, they concluded, “We’re definitely not going to read our way out of racism.”

What does anti-racism look like in your leadership practice?

For these white leaders, anti-racism is synonymous with action. When asked for their working definition of anti-racism, they described successful anti-racist work as:

Two leaders were outspoken on this last issue, saying “At this point … I just don’t feel like I have much to lose … if I got fired, I would be okay,” and “If you’re not actually going so far as to be endangering yourself professionally, you’re not doing enough.”

Their work exhibits a responsibility to listen deeply in order to understand the experiences of people unlike themselves and use their power to move the system toward just ends, transparency in communication, power sharing (including ceding budget, authority, decision-making, and a seat at important institutional tables), a commitment to affirmative action, scaffolding work to push the organization ever forward, and simply making decisions by fiat when need be. They were also very specific about what anti-racism work is not: self-promotional, solely introspective, performative, charity work, or confessional (e.g., divulging to a Black person one’s awareness of one’s own racism. One said dryly, “He’s acutely aware of that.”).

These leaders are buoyed by “getting wins,” sharing effective strategies with comrades, learning collaboratively to build critical analysis, and steadfastly believing that this work is right and just, that it really matters, and that they themselves can make change. They explained that systems that were built for white people can be unbuilt by them and that, through collaborative action and sharing strategies, studying history, applying lessons from other justice-oriented fields (e.g., social work, community archiving), and critically analyzing how power, privilege, and the structures around us were built and work, we can learn how to turn racist systems toward equitable ends. As one leader said, “The structural piece is not abstract. And I think that’s where people get stuck. They’re like ‘oh it’s structural and that means, therefore, it is abstract.’ But ‘it’s structural’ [means that] there are structures in place and understanding how those got built can help you understand how to unbuild them if necessary.”

Useful frameworks and models cited by these leaders include:

They also acknowledged that more people might be motivated to do this work if institutions truly lived their equity values, funding and rewarding efforts appropriately by recognizing this work in tenure and promotion review, paying people appropriately for their equity work, and properly funding action-oriented anti-racism initiatives.

Like Warren, I did not uncover in these interviews the single formula for moving well-intentioned white people from apathy to anti-racist action. However, like his, my preliminary research does point to some personal qualities, experiences, and external structures that encourage and support white people in this work, including moral outrage, community support, and a sense of justice. I will continue to explore these topics in my future research. 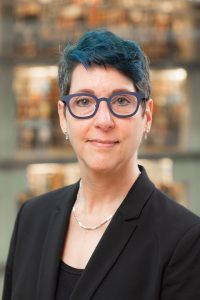